Why is this crisis different from all other crises?

Most leaders eventually face crises of different kinds and magnitudes that require a careful yet forceful response. Many of these crises, from hurricanes to 9/11, are very different but have common elements. However, we are living through a global pandemic coupled with economic consequences with no modern-day precedent. Drawing from the principles that helped guide the actions of university leadership, Rice University President David Leebron will discuss why this pandemic is different from other challenges we have seen in our lifetimes and how leaders can best respond in the face of the uncertain and the unknown. 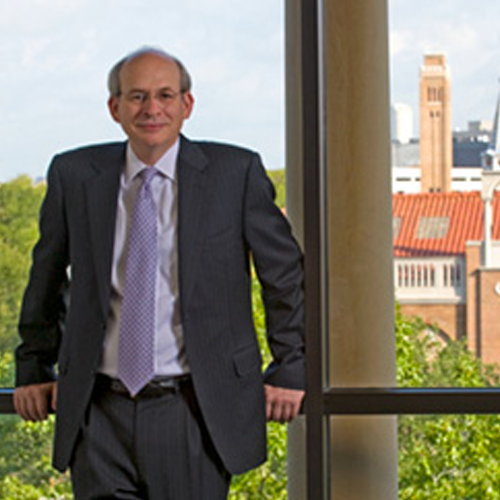 David W. Leebron became Rice University’s seventh president in 2004. Under Leebron’s guidance, the institution has undergone a period of growth and transformation. Over the past fourteen years, the university has increased its undergraduate student population, enhanced the vibrancy of the campus with $800 million in new construction, extended its research endeavors and international presence, deepened its relationship with its home city of Houston, and earned greater visibility locally, nationally and internationally.

Prior to taking the helm at Rice, Leebron was dean of Columbia Law School. A native of Philadelphia, he is a graduate of Harvard College and Harvard Law School, where he was elected president of the Law Review in his second year. After graduating in 1979, he served as a law clerk for Judge Shirley Hufstedler on the 9th Circuit Court of Appeals in Los Angeles. He began teaching at the UCLA School of Law in 1980 and at the NYU School of Law in 1983.

In 1989, Leebron joined the faculty of Columbia Law School, and in 1996 he was appointed dean and the Lucy G. Moses Professor of Law. Leebron also served as a visiting fellow at the Max Planck Institute for Comparative and International Private Law in Hamburg, Germany, and as the Jean Monnet Visiting Professor of Law at Bielefeld University. He is currently part of the political science faculty at Rice and has authored a textbook on international human rights.

In 2006, Leebron was awarded France’s Commandeur de l’Ordre national du Mérite, and the Encomienda de la Orden de Isabel La Catolica by the government of Spain. In 2008, he received an honorary doctorate from Nankai University. In 2010, Leebron and his wife, University Representative Y. Ping Sun, were selected by the Greater Houston Partnership as the city’s International Executives of the Year for helping make Houston a center of international business.

Leebron and Sun have two children, Daniel and Mei.